Athletic Belt or Weightlifting Belt: What is it For?


Entering into any gym, you can see that some experienced bodybuilders wear athletic belt. Among the newcomers belts are also popular, but not everyone is able to explain its proper use and necessity. 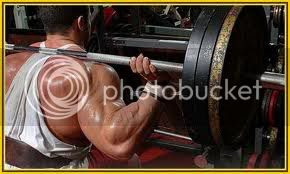 Weightlifting belts are widely used by people for bodybuilding, powerlifting and weightlifting. In America, the use of this item was more widespread than in Europe. What is the use of this element for athletes? There are several arguments in favor of athletic belt for those who practice lifting large weights.

• First, the belt can be supportive. It acts as an external physical force, against which the athlete's body will make effort when lifting weights. Once you have tightened the belt, it makes an artificial fixation of the lumbar intervertebral discs and spine. This reduces the risk of injury when performing exercises with heavy weights.

• Secondly, the belt presses on the body and it reminds the athlete of the need to keep the spine in the correct position and lumbar strain muscles.

• The belt keeps the lower back warm. 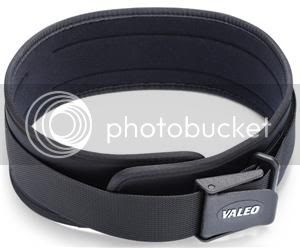 There are several types themselves belts. They differ in their purpose and by design.
Read more »
Labels: Athletic Belt, bodybuilding, lower back, physical force, strain muscles, Weightlifting Belt
Next Article » Home