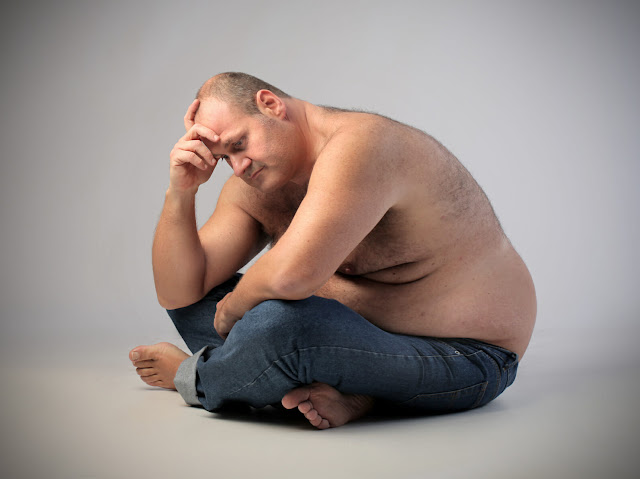 Everybody wants to get ripped. No matter who you are, at some point in your bodybuilding or fitness journey, you will make the decision to try to shed your body fat so that you can show off your ripped abs, veiny arms, and shapely ‘everything else’.

The cause for your sudden urge to exit the world of bloated party animal powerlifting-type to Brad Pitt wannabe can be anything. Maybe your girlfriend left you for a skinny guy with a 6-pack and 11-inch guns for arms. Maybe you lost a race to a middle-schooler. Or, maybe you’re just tired of looking at the mirror every morning and not liking what you see.

The first step you should do when wanting to get lean is to turn off the television. You don’t need any of those “As seen on TV…” items because they don’t work. If they did, gyms would be filled with attractive looking, lean and muscular people using Shake Weights and stretch bands. You also don’t need any supplement sold over the counter at your local Walmart or other sports nutrition stores. If these worked, then every attractive person you see would be enjoying these for lunch, instead of a tupperware container of chicken breast & veggies. It might be hard to admit, in a world full of smart phones and 600 channels, that there are no short cuts. Turn off the TV, put down the magic powders and oils and bands and other gadgets, and get in the gym. Everything you need to start your path to becoming lean, will be right there in front of you.

Your next step is to throw away your scale. Many people are seen in the gym trudging away on a treadmill, day in and day out, working to skinny themselves up as fast as humanly possible, without any understanding of how their body actually works. They will tell themselves, “I’m doing cardio to get skinny”. That’s factually incorrect. What they should be saying is something along the lines of “I want to reduce my body fat levels”. That is where so many people go wrong. They want to make the numbers on the scale dictate everything. Guess what – muscle weighs over five times more than fat does! If you gain 2 pounds of muscle and lose 5 times that in fat, the scale will read the same, although you will look MUCH better! Your goal is to build up muscle, which burns fat. You goal is to stay healthy while reducing calories slowly so that you can lose some fat. And your goal is not to destroy your body’s joints or muscles or other systems while doing so!

Half of success in life is just showing up. Need proof? Look at your boss. You’re probably ten times smarter and more skilled to do his job. However, he has been there longer, plugging away day after day, while you were getting educated and trained. Now he tells your more-qualified tush what to do all day while he makes more money. What gives? Life rewards seniority, whether it’s in the gym, the military, or at your job. The best guy doesn’t get the win, the promotion, or the girl. The guy who shows up more often usually does.

Over ¾ of the people in the gym don’t make any progress because they don’t eat right. Don’t be one of them. Like the late, great Jack LaLanne said, “If it tastes good, SPIT IT OUT!” This isn’t to say you can’t devour a tasty grilled chicken breast at every meal. However, if it is covered in butter or gravy and served with a side of Texas Toast, you aren’t going to get leaner. Allow yourself one cheat meal a week. If you need more than that, then you should accept you like junk more than you like looking good. In fact, get a t-shirt that reads that, and wear it everywhere you go!

Supplements can be useful, but only after you’ve been able to achieve some level of consistency in your training and dieting. You don’t want to be one of those people that depends upon pills and powders just to go to the gym. Use them as they are named, to supplement an already excellent nutrition and training program.

The cardio aspect of your training is simple. When you awake each day, hop on the treadmill and knock out 25 to 35 minutes of low-intensity work with an empty stomach. Or place it after your weight training during your afternoon or evening gym session. That’s it. You don’t need any weird kind of fancy routine that only the fitness magazine masters can reveal. Just choose a machine you like, and get to work.

Weight lifting can be simple too! Move from machine to machine and hit the entire body on Monday, Wednesday and Friday of each week. As you learn the movements, switch to hitting fewer and fewer body parts each day with more sets devoted to each. Do what the others are doing, only with more weight, better form, and less goofing off. And remember that weight lifting is a cumulative effort. You can train like a superstar once a week and you probably won’t make the same progress as the turtle (read: weird old guy) who trains 5 days each week. In other words, train like a start 4 days a week and you’ll build your muscles. End of story!

If you’re in the kitchen, it doesn’t have to be “rocket surgery” either. (You rocket scientists or brain surgeons out there might appreciate that one). One serving of chicken, turkey or egg whites should sit next to one serving of a starchy carb (potatoes, pasta or rice) along with a fiber source such as lettuce or apple. And it should be washed down with a few cups of water. Enjoy this meal 3 to 4 times each day, and perhaps 1-2 whey protein shakes as you can swallow them. That’s it! No magic powders, no crazy diets where you measure everything. One protein, one starch, one fiber, and lots of water. Then you put down the fork and slowly walk away from the table!

The steps are clear. You know what to do. Stop spinning your wheels about what you should do, what you will do, what you don’t have time to do. Get up, and do it, and enjoy the results. Life is too short to settle for anything less!