All About The Bodybuilding Supplement ZMA 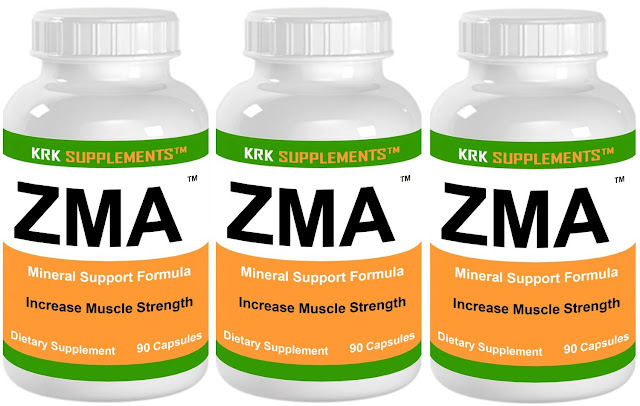 ZMA is an all natural supplement that was developed by Victor Conte, in California. He trademarked the name of this patent pending product under the company SNAC, Inc. The company has made claims that it increases testosterone and insulin-like growth factor (IGF-1) leading to strength and muscle gains. Of course, many supplements make these types of claims.

ZMA contains Zinc Monomethionine Aspartate, Magnesium Aspartate, and vitamin B-6. The usual amount of each mineral is 20 to 30 mg of Zinc, 400 to 500 mg of Magnesium, and approximately 10 mg of vitamin B-6. There are some clinical trials that have proven the claim that zinc and magnesium can help increase testosterone and IGF-1 for sale. Some opponents of these claims state that the trials did not get baseline zinc and magnesium levels so they cannot be sure that the individuals were not deficient to start. This could lead to an increase due to a deficiency not due to extra nutrients in the body.

One of those studies took place at Western Washington University. Lorrie Brilla, PhD, conducted a study using NCAA football players to see the effects of ZMA on well-trained athletes. The study took place in 1999. A group of players were given ZMA nightly for eight weeks during spring training. Another group was given a placebo. The ZMA group gained strength at a faster rate than the placebo group, based on pre- and post-study leg strength measurements. The more remarkable results had to do with testosterone for sale and IGF-1 levels. The ZMA group had elevated levels of both hormones while the placebo group had lower levels. These results were in well-trained athletes, which is a promising fact for bodybuilders.

Another benefit of ZMA use is better sleep. It is recommended that the supplement be taken 30 to 60 minutes before bed. It has been reported that ZMA users have an easier time falling asleep and achieve a deeper sleep. This is beneficial to the bodybuilder because it is during sleep that much of the body’s repairing takes place. It has also been shown that getting at least eight hours of quality sleep helps keep growth hormone levels elevated, as opposed to those getting less. And, lack of sleep can adversely affect both testosterone and growth hormone levels.

Most Americans get enough zinc and vitamin B-6, but many are deficient in magnesium. Hard-working athletes may lose many minerals and vitamins through sweat and the breakdown and repair of muscles. This deficiency may be the cause of the drop in testosterone and IGF-1 seen in the placebo group from the Western Washington University study. It may also answer the question of how ZMA works.

The formula for increasing hormones requires very specific dosing. It makes it difficult to use a multi-vitamin, or even separate vitamin and mineral supplements. ZMA combines the minerals and vitamin B-6 in the exact ratio designed to optimize testosterone and IGF-1 levels. This supplement should be taken on an empty stomach, at least 2 hours after the last meal and at least 30 minutes before any other supplements. It should not be taken with milk or any other dairy product because calcium blocks the absorption of zinc.

ZMA has some pretty fantastic claims, but also has some scientific data to support those claims. It has been shown to increase testosterone and IGF-1 levels, and subsequently, strength. ZMA may be the next creatine. It has some solid real world evidence, along with solid scientific backing, to substantiate its claims. It may not replace anabolic steroids, but it does seem to be a solid natural supplement that may support the bodybuilder in his quest for increased testosterone levels.
Read more »
Labels: creatine, magnesium, supplements, vitamin, zinc, zma

Why do we need magnesium?

Over half of the less than two ounces of magnesium in a 130- pound person is in the bones. Magnesium is critical to the operation of hundreds of enzymes and directly affects the metabolism of potassium, calcium, and vitamin D. It plays an integral role in nearly three hundred body functions. It aids in bone growth, basic metabolic functions, and the functioning of nerves and muscles, including the regulation of normal heart rhythm. Low intake has been linked to high blood pressure, heart-rhythm abnormalities, and heart attack. 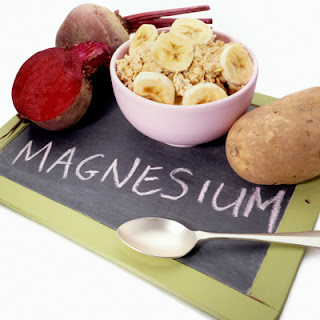 People whose drinking water has a high magnesium content experience a lower incidence of sudden death from heart attack. Magnesium is easily washed and peeled away from foods during processing, so fresh or slightly processed foods are your best choices.


Magnesium compounds helps you avoid fatigue, weakness and lost sleep.
Magnesium is the fourth most abundant mineral in the body, playing a role in more than 300 biochemical reactions in the body, including helping maintain normal muscle and nerve function, a steady heart rate and a healthy immune system. Yet six in ten of us are thought to be deficient in this all-star mineral, leading to fatigue, tiredness, muscle weakness and trouble sleeping.