Glycemic Index: What is the Significance? 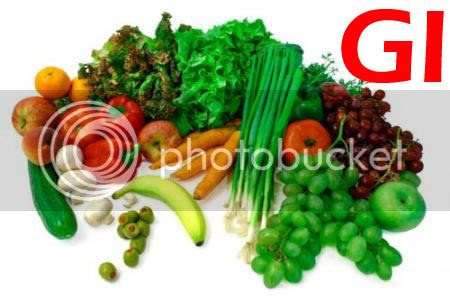 The GI’s importance relates to blood sugars affects on the hormone insulin, which is the primary hormonal mediator of fat storage, among the hundreds of functions of insulin.

Among its hundreds of different functions, the body uses the hormone insulin to control the amount of sugar (glucose) in the blood, help pull amino acids into the cells and turn on protein synthesis in lean tissues, and is directly linked to regulating body fat storage.

Problems with the body’s ability to regulate blood glucose appear if insulin does not properly bind to its receptors on the membranes of the cells or if, for other reasons the cells do not readily accept blood sugar.

As already indicated the general name for the failure of normal amounts of insulin to maintain blood sugar within acceptable levels is insulin resistance.

When insulin does not bring blood sugar down after meals, the body secretes higher amounts of insulin until serum glucose levels eventually fall. Not surprisingly, diets and nutrients, which reduce the amount of insulin required by the body, also appear reduce the tendency toward excessive weight gain, especially in insulin insensitive people.

Understanding the GI allows a person to keep a steady and predictable blood sugar level which can lead to possible improvements in body fat levels, energy levels, etc. For the diabetic (the original reason the GI was invented) it can mean the difference between life and death.
Share this article :
Labels: blood sugar, body fat, diabetes, glucose, Health, hormone, Insulin