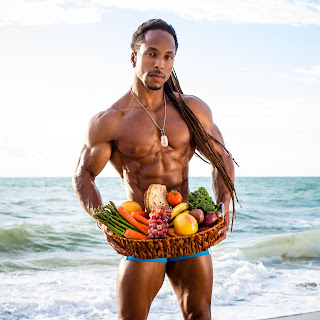 Bodybuilding nutrition is almost as important as bodybuilding exercises, and your commitment to this aspect of your bodybuilding training can't be any less than to your daily exercising. While there are hundreds of schools of thought on what constitutes the best bodybuilding nutrition, one fact is certain - you have to find the plan that works for you and stick with it.

Finding an overall bodybuilding nutrition schedule that you can stick with is important. Just like other aspects of your bodybuilding routine, this can't be something that's so difficult or time consuming that you grow bored with it and simply quit.

Another vital point to consider is whether the bodybuilding nutrition plan you're considering is a tried and true method or something that's going to turn out to be a waste of time. Carefully consider the merits of a nutrition plan before you jump on board. For example, there are plenty of folks who ran out and invested in grapefruit groves when the fad of eating only grapefruit arrived. There have been dozens of similar diets that seemed like a good idea but didn't pass the test of time. One of the most recent examples is carbohydrates. At first, dieters counted carbs or eliminated every carb from their daily intake. Then the idea surfaced that not all carbs are created equal - some may not be nearly as bad for you as others. The end result is still being debated, but it serves as another example of good ideas that later come under fire.

One fact about bodybuilding nutrition can't be disputed - the diet is never so important as in the weeks or even months leading up to competitions, for several reasons. Naturally you want to be in the best condition possible, but perhaps just as importantly is your ability to pass any substance screening tests that may be administered. Many competitions have strict rules about what you can have consumed and what constitutes a prohibited substance.