The Effects of Caffeine 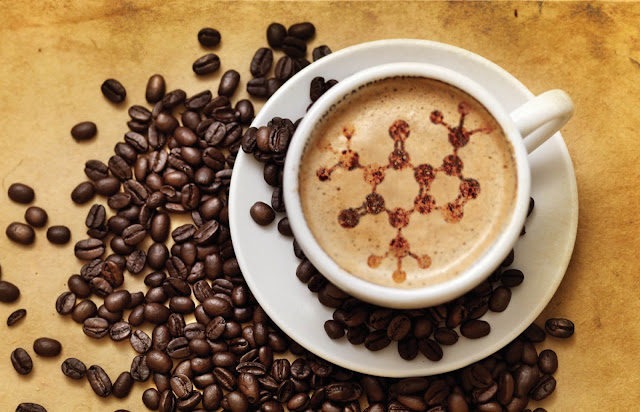 Caffeine is common in many foods and drinks enjoyed today. Coffee, chocolate, tea, soda, energy drinks, and other foods have caffeine in them. Supplements are enhanced with caffeine. There are also many caffeine supplements on the market. They are marketed for staying awake and energy. A substance this prevalent can’t be bad, right?

Well, caffeine has had mixed reviews for a long time. Caffeine at first was given no attention. Then, its stimulant effects were noted and it was isolated for use as a supplement. Caffeine pills began to hit the market and it was combined with other supplements to enhance their effects. Coffee was consumed by the gallon. People began making coffee consumption part of their morning ritual to help them wake up. They began drinking it throughout the day and into the night to stay awake.

Then people began to notice some of the negative effects. The jitteriness, anxiousness, dehydration, heart palpitations, sleeplessness, and withdrawal symptoms. This led scientists to investigate further. They determined that caffeine, being a drug, was as dangerous as other stimulants. Coffee, caffeinated drinks, chocolate and caffeine supplements were shunned by the medical world. Then new research came out showing the value of moderate cocoa (in dark chocolate) consumption. And, recently, the benefits of daily coffee consumption have been heralded.

Bodybuilders have had varied uses for caffeine. The stimulant effect has been a popular use. It has also been used in conjunction with many thermogenic compounds to increase metabolism and overall calorie burn. Caffeine has also been used pre-contest for a combination effect; stimulant and mild diuretic.

Caffeine is classified a drug compound in its isolated form. It has drug-like effects on the body. It works on the central nervous system as a stimulant. That is why it increases focus and alertness. It also increases heart rate, and in large amounts can lead to arrhythmias of the heart and even death. Due to this stimulant effect it increases blood flow throughout the body (due to the increased heart rate) which helps circulate other drugs or supplements quicker. This stimulant effect also increases energy consumption causing more calories to be burned. Caffeine has shown a mild diuretic effect, increasing urinary output. Supplemental caffeine can help reduce excess fluid covering the muscles, however, it can be dangerous if not offset by fluid intake.

Caffeine can be very beneficial to the bodybuilder if used sensibly. A cup of coffee in the morning has been shown to prevent obesity, some heart conditions, cancers, diabetes, and other maladies. Caffeine does rob some of the calcium from the bones, if calcium is not sufficient in the diet to offset this factor. Most bodybuilders get enough calcium from dairy products, but if not then a calcium supplement can be used. Caffeine can help speed the metabolism, even during a low calorie, cutting diet. It may help reduce the amount of fat gained during a bulking cycle, as well. The stimulant effect may help to increase the intensity of workouts. It may also give the energy needed to get through the day after a hard workout.

Caffeine has been shown to be safe in normal doses. Large doses can cause problems similar to other stimulant overdoses. Caffeine can be found in the foods we eat, the drinks we consume, and the supplements we take. Offset the diuretic effect with lots of water and avoid other stimulants while using caffeine. Caffeine may be one of the best tools in the energy/fat loss portion of your plan. Use it wisely and the results will speak for themselves.