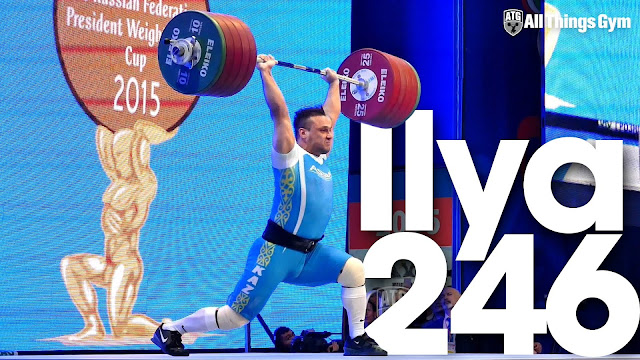 He has competed in the 85kg, 94kg and 105kg classes and currently holds the world and olympic record in both the clean and jerk (233kg) and overall total (418kg) in the 94kg class.

Ilyin has two elder brothers, one of them used to compete in olympic weightlifting and was a junior national champion twice but later quit his career. He was the one who introduced Ilya to the sport when he was only six. After that, he was presented with a lot of options like martial arts and other sports but he chose weightlifting.

He got into formal training when he was 8 and first competed when he was 9. Lifted 30kg & 42kg. By the time he was 11 he already competed with seniors as a 52kg at the national qualifications for the olympic team.

His first international meet was Asian Games in Bali, Indonesia. He was 13 but competed in the U16 division. He made all his attempts and got 117kg and 165.5kg to set an Asian record. At his second Asian Games he lifted 147kg and 187kg, winning every title available at that competition.

Ilya’s wife, Natalya, is a professional handball player who competes for a French professional team in Nice. Ilya met her at a training camp dormitory on his first year in the national team when he was 16.

She dreams about going to Rio 2016 as part of the handball national team. 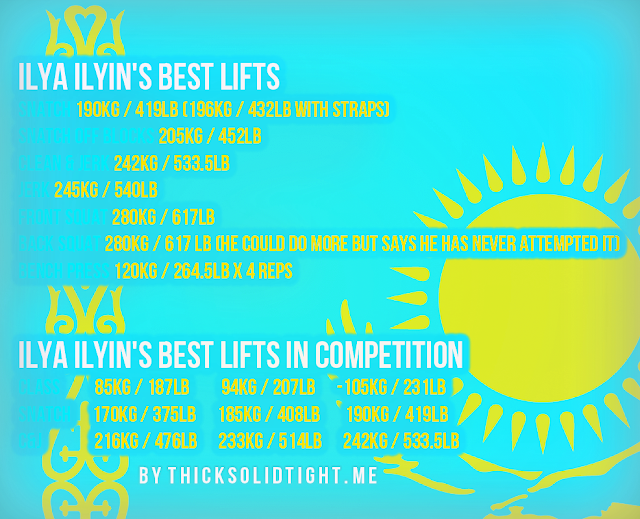