Contraction and control are very important in leg extensions.

Bring the weight up in a controlled and deliberate manner all the way until your legs are completely extended. Contract hard for a brief count at the top, and then lower the weight back slowly to the start position. Never the let weight stack touch down between reps. 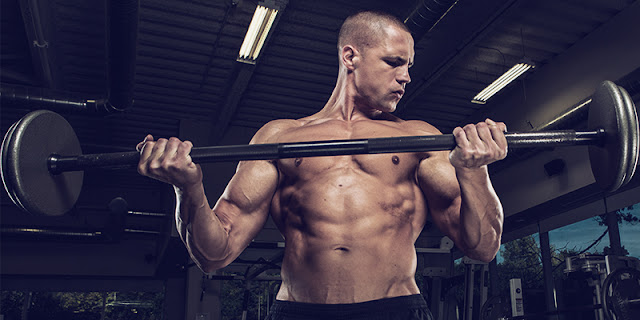 PURPOSE OF THE APPROACH:
To develop mass, power and thickness in the thighs using the pre-ex-haust concept, which was originally developed by MMI’s own Robert Kennedy, popularized in the 1970s by Mike Mentzer, and later by sixtime Mr. Olympia Dorian Yates.

HOW IT WORKS: Perform all three exercises as one large tri-set with absolutely no rest between exercises. Start with leg extensions. This exercise focuses the stress almost entirely on the quad muscles of the front thigh. It’s important to isolate the quads with this singlejoint move to fatigue them so that when you go immediately into the squat, and then leg press, the secondary muscle groups (hamstrings, glutes) will have a temporary strength advantage and the thigh muscles can go to the point of failure without the weaker secondary muscles giving out first.

Mike believed in using the heaviest weight he could handle during the exercise. Although he believed in performing only one tri-set at maximum weight, he was also smart enough to make sure he warmed up his body and working muscles thoroughly. He began with light extensions and squats, typically 2-3 sets, to make sure he was loose and flexible and to prevent the possibility of serious injury. Though he did only one working set (three parts), he’d take every set to the point of positive failure, where he could no longer raise the weight for a full rep every workout!