Bodybuilding: The Art of Strength (part 1) 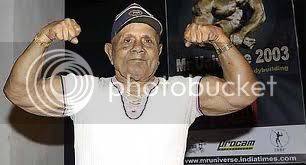 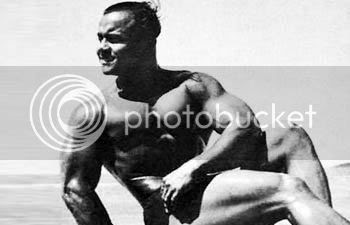 Manohar, who now has a lot of children, grandchildren and great-grandchildren, has recognized that he has only a dream that he couldn’t fulfill – to meet Arnold! However, it is never too late to do so and perhaps one day the two bodybuilders will meet, chat and exchange their experiences.
Read more »
Labels: bodybuilder, competition, Diet, healthy regime, Manohar Aich, oldest bodybuilder, stress

An Example Of Simple Diet For Male Bodybuilders!


Sample menu for the day for the beginner bodybuilder should be as follows.

The second meal (9:00) Instead of eating it is more useful to take Prolab which is a complex for muscle mass mixed with water or a protein powder (about 40 g of protein) mixed with 40 grams of carbohydrates with mashed rice, cereal or oatmeal , plus one spoon of flaxseed oil.

Lunch (12:00) 1 cup of brown rice or medium-sized baked potato or a bowl of oatmeal 2 cups green beans, broccoli or any other desired vegetable, plus a portion of chicken, turkey, or lean fish 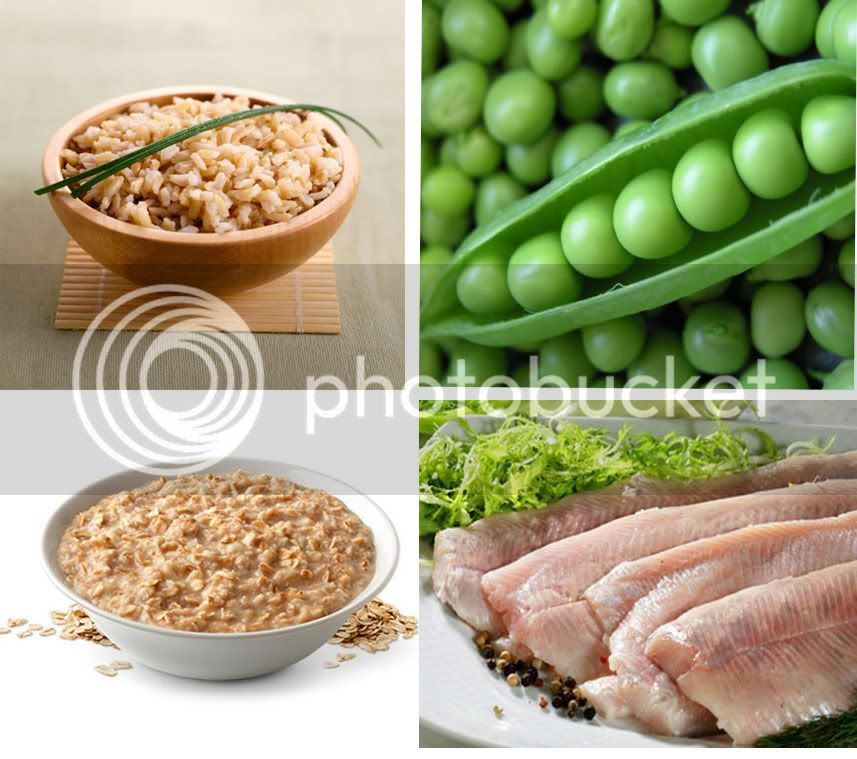 Dinner (18:00) 1 cup brown rice, or medium sized baked potato or a bowl of oatmeal 2 cups green beans, broccoli or any other desired vegetable or a portion of chicken, turkey, or lean fish

The second dinner (20:00) bodybuilders can use the same menu as for the second meal.

Endomorph, Ectomorph or Mesomorph ... Who is Who?


These notions or words actually define the propensity of men to gain weight and build muscle. Each type is reflected in the cycle of metabolism, which is a very important part of our life. 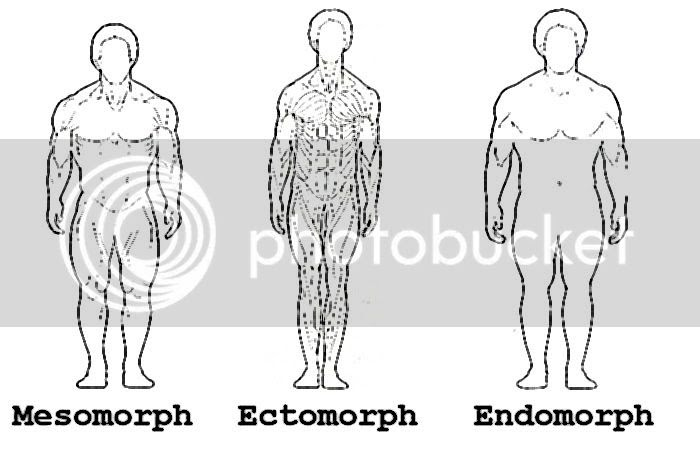 Endomorphs are people that easily gain weight, they have a slow metabolism and big bones. They should closely monitor how much fat they consume and take their meals about five times per day.

Ectomorphs also quite thin, their muscles in the beginning are usually weaker than the muscles of endomorphs, and it is quite difficult for them to gain extra weight. So if you are an ectomorph you can eat (and in case of training must eat) quite often. Ectomorphs are naturally good runners, cyclists, and distance athletes.

Mesomorphs – are the luckiest men in many senses. Genetics has been prone to them, endowing them proportionality. They can lose weight quickly, whether it is a necessity. Gaining mass is also a very quick and comfortable process for them without harm to cope with the job, while building up the muscles. 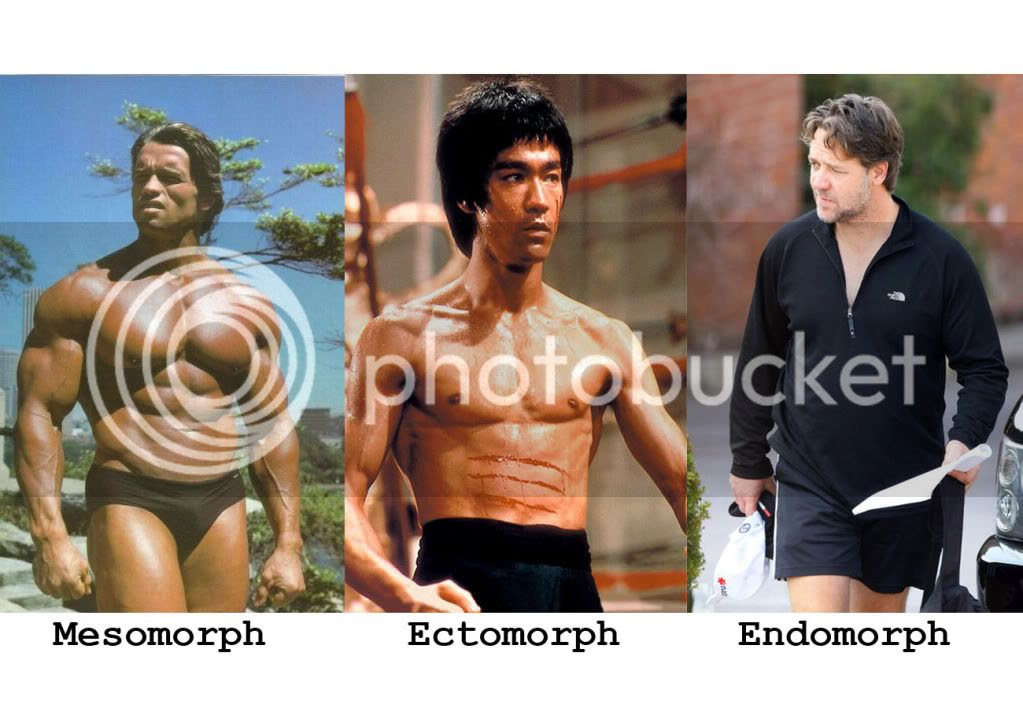 The style of training that is selected should also take into account the peculiarities of constitution of each person’s body.
Read more »
Labels: build muscles, Ectomorph, Endomorph, extra weight, Mesomorph, metabolism, training


The statistics shows that nowadays 65% of people do not get the required amount of sleep. If you want to look good, you should monitor your sleep. Lack of sleep affects your performance and can cause many problems. For people who are involved in bodybuilding process, it is especially important because it can affect the growth of muscle mass.

Doctors recommend sleeping 8 hours a day, but you must ensure that your sleep process was healthy as well. There are opinions that the sound of an alarm clock waking you up is harmful, due to the fact that it violates your internal rhythms of sleep. 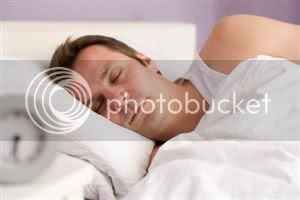 In order to get up on your own, you must develop your own sleeping regime. You must pursue different experiments; for example, go to bed earlier than usual. Do not watch TV before bedtime, because it stretches the optic nerve, and in consequence it disturbs the cerebral cortex. Three hours before sleep you need to complete any physical activity, especially exercising.

If you are going to sleep, but you cannot fall asleep, you can read a book or a magazine in order to relax. And in any case, do not drink alcohol; it is very negative for the entire body. Try to keep your sleep healthy without using sleeping pills. Take care of your sleeping process as you take care of your dietary regime or workout regime. The sleep is as important for an athlete as any other activities.
Read more »
Labels: dietary regime, Health, healthy sleep, muscle mass, sleeping process, sleeping regime, Workout 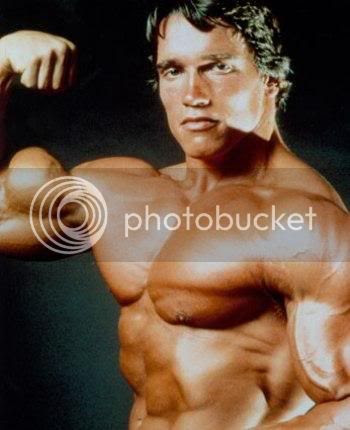 Even if bodybuilding techniques and standards evolved considerably in the recent years, the biceps of Arnold Schwarzenegger remained to be a standard in size and shape among today's bodybuilders. Strategically many athletes approached the training of their hands with a methodology based on the diversity and intensity.

Five rules of technique for biceps by Arnold Schwarzenegger:

2) Isolation. Do not use the help of deltas, lower back and other parts of the body, when training the biceps. Do not swing the weight.

3) Full range of motion. Move the weight in a controlled, but finalized form, except the cases when you are using the heavy intensive movement during shock training.

4) Locate the best groove. Highlight the full line of motion for each exercise.


Check out this young female powerlifter. Her name is Samantha Wright and she is an elite level gymnast turned weightlifter, who coached USA Gymnastics for about three years. Now she’s a trainer at Crossfit and hopes to compete in the Crossfit Games. She has recently qualified to compete at the national level in Olympic weightlifting.

Samantha is a simple 22-year-old blond with nice blue eyes, a simple and nice girl that can lift 900 pounds and attract you with an appealing smile. 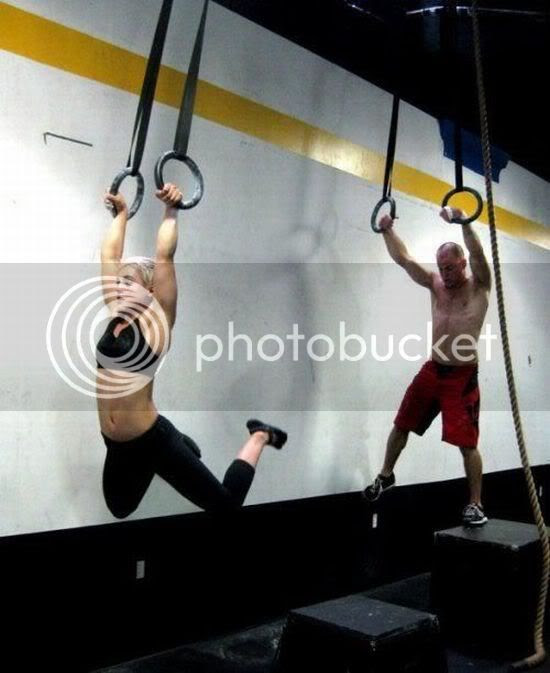 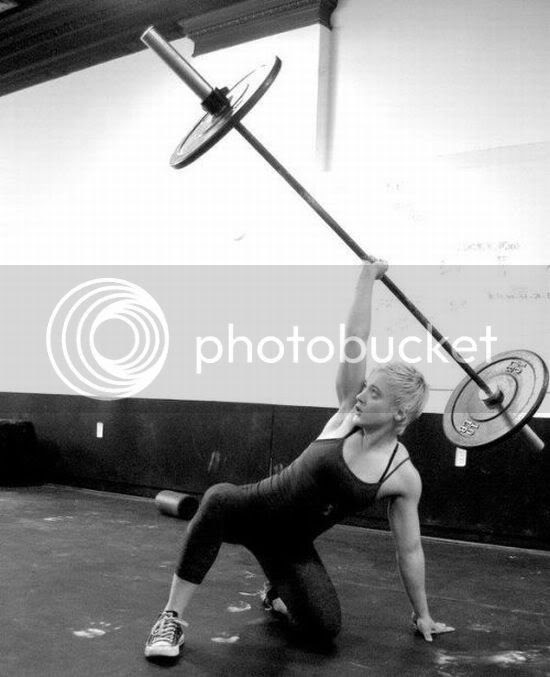 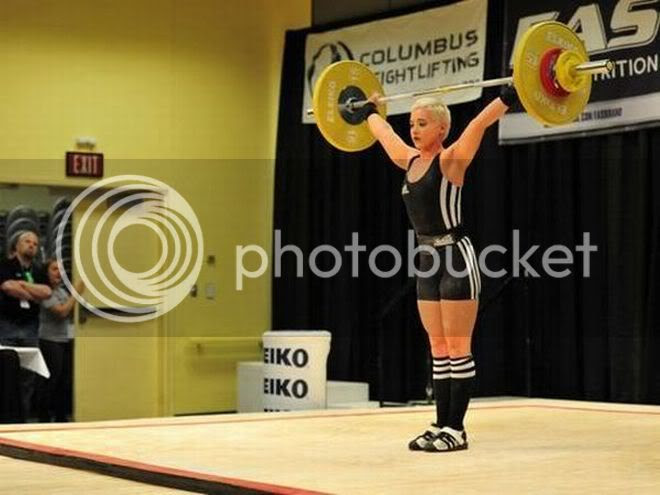 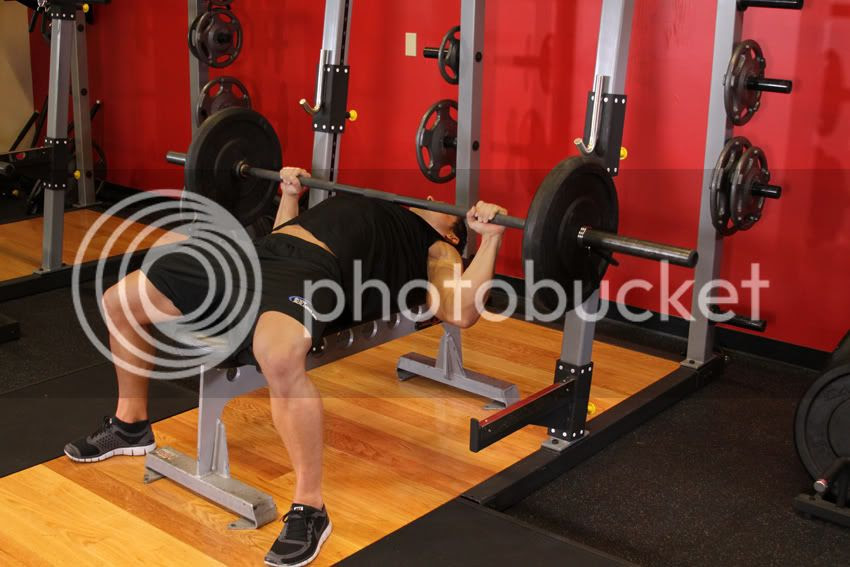 This is the number-one exercise for increasing the mass of the upper body, especially the pectoral muscles. Lie down on the exercise bench with your feet approximately 18 inches apart for support. Using a fairly wide grip (as in photo) lower the barbell until it touches your chest about nipple level and then ram it back up overhead. Lock your elbows at the top. Inhale deeply on the way down, exhale going up. Use the add weight system (add a small amount of weight at the beginning of each set) for five sets (8, 8, 6, 6, 6 reps respectively).
Read more »
Labels: barbell, bench press, bodybuilding, training system, upper body, weight lifting

From Teenagers To Bodybuilders: A Dream Come True!


Most of children and teenagers choose as raw models famous action movie actors with impressive muscular structure. In childhood many of us played the role of the policeman or peacekeeper that defeated the bad guys with its impressive strength. However not so many persons followed a training regime or have chosen as a hobby power lifting or bodybuilding exercises.

Here you can find pictures of young men that have decided to follow the path of bodybuilding as an important part of their life.

The difference is quite remarkable. Look at this young faces and see how they turned into huge, impressive strong males. Admirable, isn’t it?! 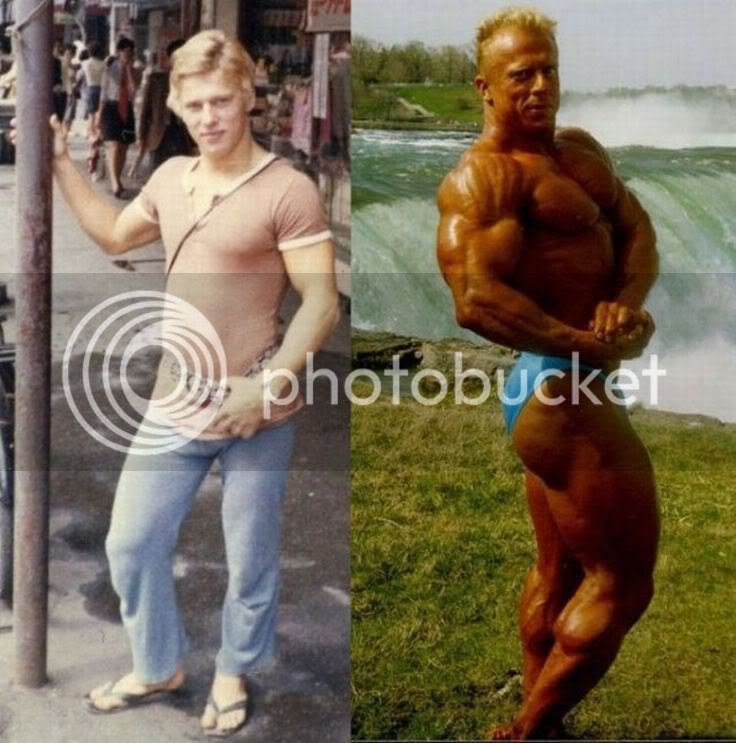 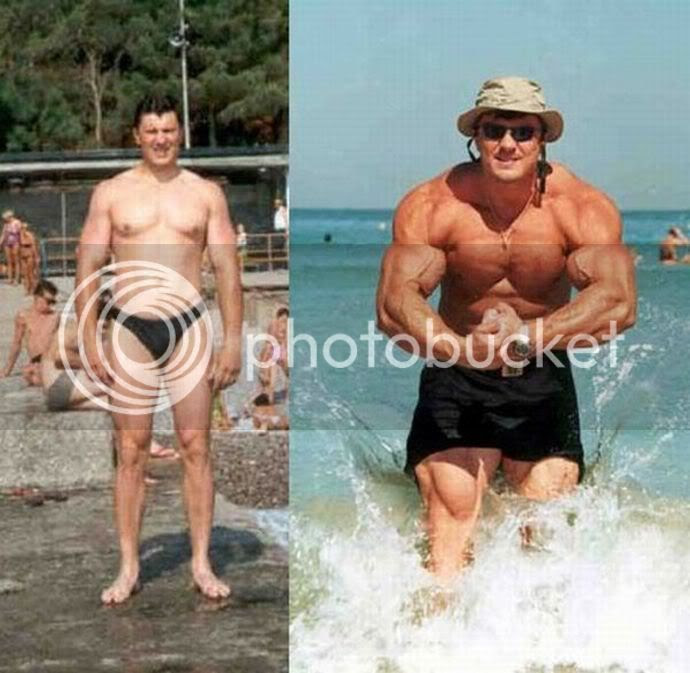 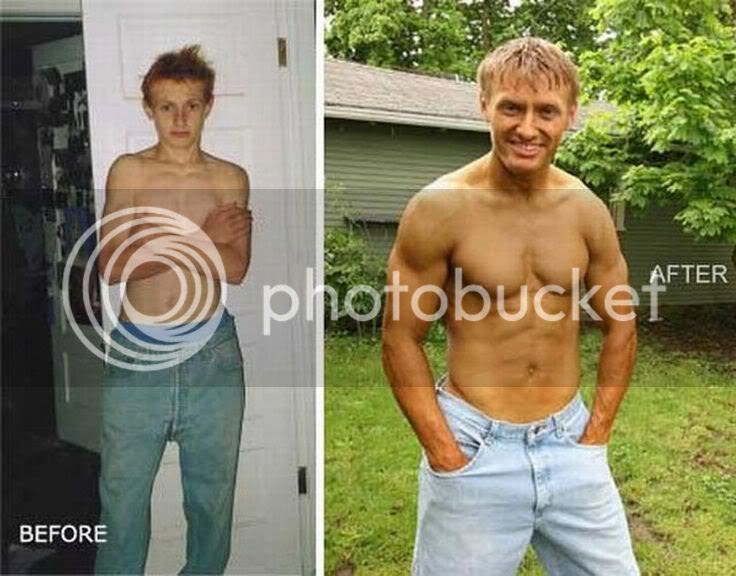 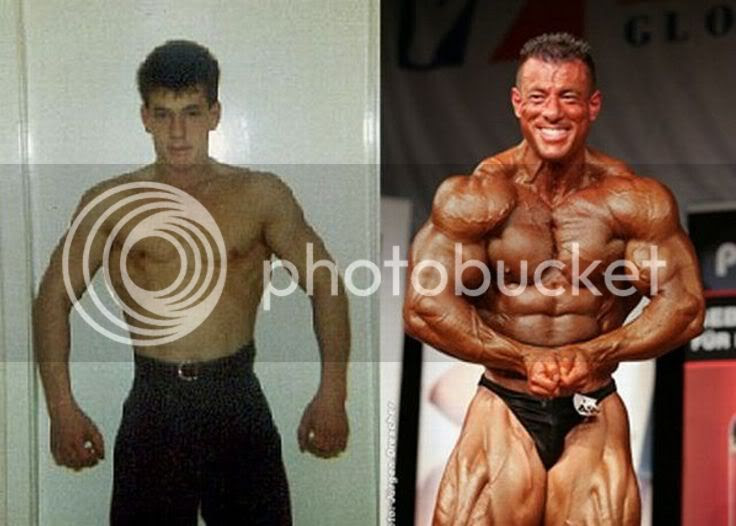 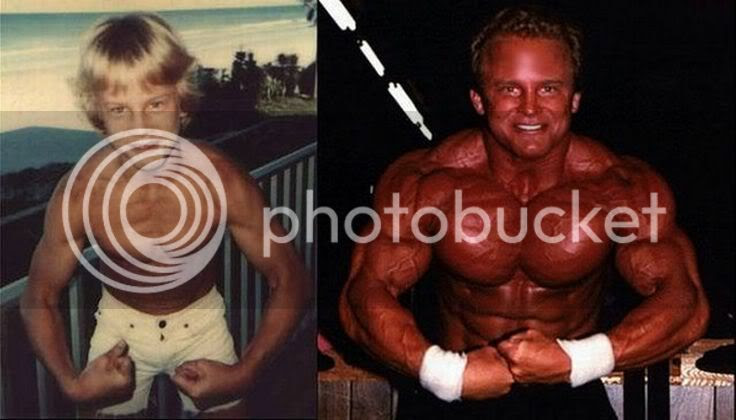 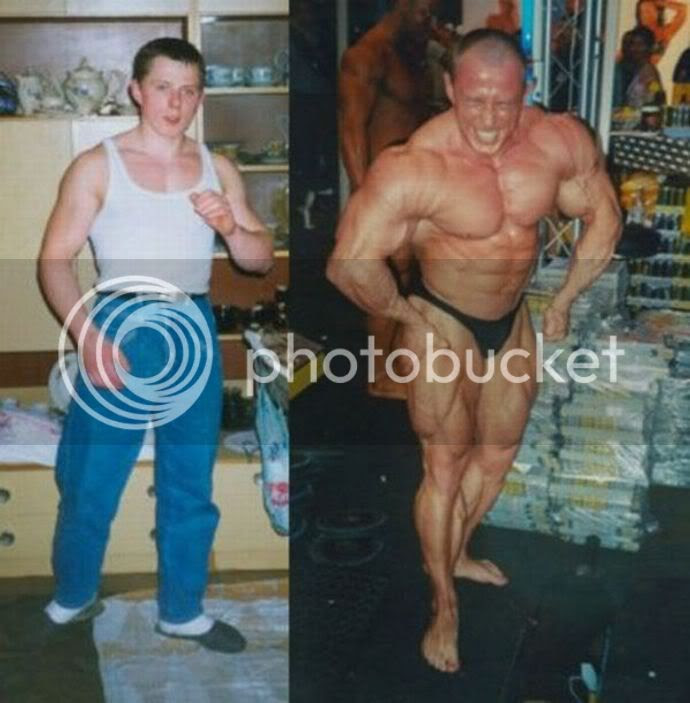 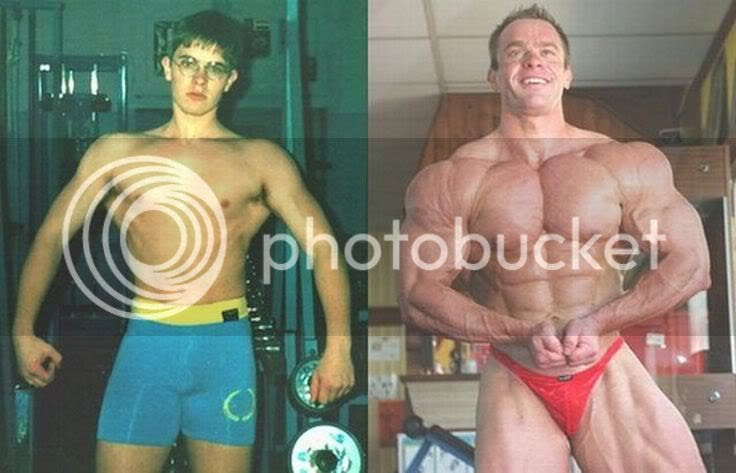